Posted on April 2, 2012 by homecooksunite

My suburban neighborhood probably looks a lot like yours. Neat rows of houses dot tree-lined streets, children ride their bikes to the pool, and weekends are devoted to lawn maintenance and car washing. From the outside, things look rather ordinary. But peel back the layers, and you find some extraordinary stories. Kim and Tim Gaddis have been living in our neighborhood for seven years or so. We have gotten to know each other better because our daughters have become close friends. Kim is a lawyer and partner in her own firm and Tim is the cheese monger at Star Provisions (more on that at another time). Kim and I have a lot in common. We’re both working moms, we’re both raising daughters and we’re both trying to balance the whole work-family thing without losing our minds. 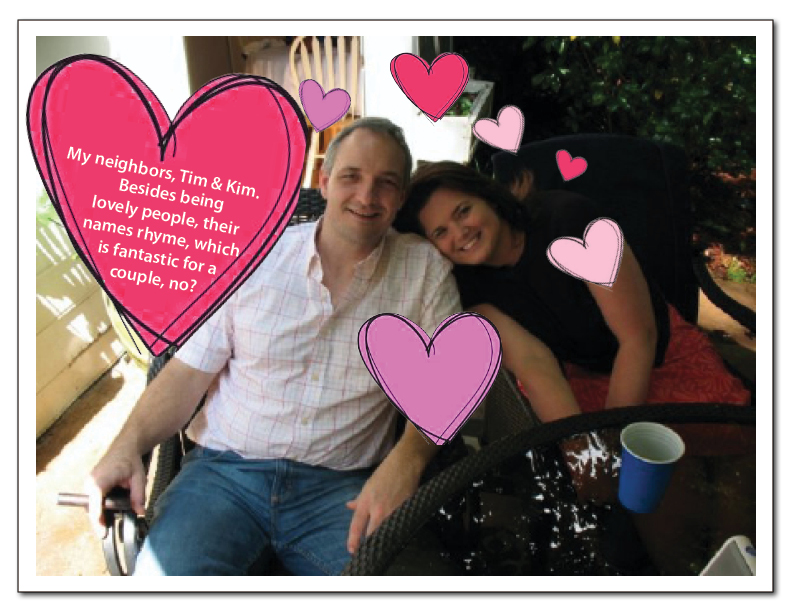 Kim and Tim knew they wanted to have another child and felt strongly that adoption was the best way to expand their family. The two spent countless nights researching the options, and after some very serious discussions, chose to adopt internationally. Many countries were explored (Haiti, Africa etc.), but it was difficult to find the right fit. Kim’s good friend and law partner had adopted two children from China and had suggested that route, but at that time, China didn’t seem the right fit either, and they kept researching.

Undeterred, Kim’s friend sent Kim photos of children available for adoption in China. Kim was at work, looking at the photos, when the image of a young boy took her breath away. She immediately fell in love with his sweet face and his beautiful little smile. Kim knew this was her son. Later that night, Tim saw the picture, and he knew it too. From that moment on, Kim and Tim and their daughter Nicole have been focused on bringing Daniel home. Even after they discovered that Daniel had limitations, they remained committed to loving him and planning for his homecoming. And it’s no easy task. Daniel’s village is in one of China’s most remote western regions, closer to Moscow than to Bejing. It’s so far off the beaten path that Kim and Tim will be the first Americans to adopt from this orphanage.

Recently, like many neighborhoods, ours hosted a community yard sale. Most of us were trying to get rid of our junk. Tim and Kim were raising funds to bring their son home. Tim came up with the fantastic idea of selling his famous barbeque sandwiches for the cause. I live in the South, and I’ve had a lot of barbeque. Let me tell you, Tim’s sauce is out of this world and was definitely a crowd pleaser. One bite and the combination of sweet and tangy bursts on your tongue like a Fourth of July firework. It’s heaven. Tim sold lots of sandwiches, and they raised lots of money. Which proves that barbeque is not only delicious, it can save the world.

Kim and Nicole recently joined me for a performance of my daughter’s school play. She was filling me in on some of the details of this incredible adoption journey and I said to her, “Kim, you realize you are saving this boy.” And she said, “No, he’s saving me.”  Talk about extraordinary.

Slow smoke a medium sized port butt over hickory wood at 275-300 degrees for 6-8 hours until tender. Shred the meat into small, bite-sized pieces. Cover with sauce, below. Directions In a saucepan, melt the two tablespoons of butter. Add onion, apple and garlic and sweat them until translucent. Add brown sugar. Stir the mixture until brown sugar is melted. Add vinegar. Bring to a boil and remove from heat. Whisk in ketchup and Worcestershire sauce. Place the saucepan on the smoker for approximately 30 minutes. Remove from the smoker and pour over shredded pork. Mix until thoroughly coated. Serve shredded pork on white rolls – the cheaper, the better! Bottle the remainder, if there’s any left at all. 2 Responses to Barbecue and Extraordinary Moments